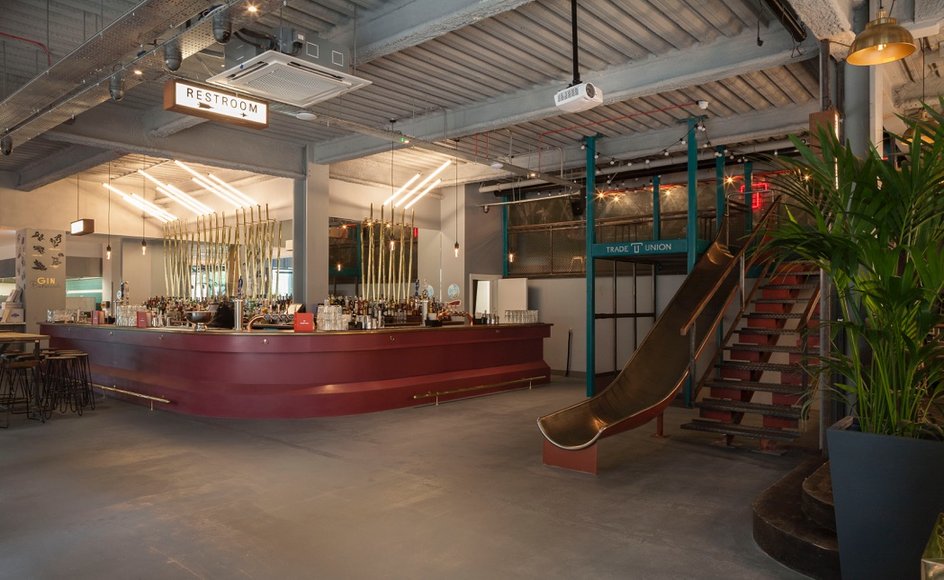 The average worker bee doesn’t have time to decide between Pret sandwiches, let alone head to different venues for a variety of different services. Enter Trade Union, a jack of all trades to cover all your bases midweek after work. You can get your hair cut, pick up some flowers for the missus/mister, grab some grub and a few pints of tasty craft beer and even slide down a bloody slide before heading on your merry way, utterly fulfilled. Drake’s of London Barbershop, Vagabond Coffee and Maua London florist are laid out in the large space, offering you something different of a Tuesday.

Trade Union makes efficiency look good, with a sleek and modern interior and a vibey atmosphere that would contest with most inferiorly facilitated after work drinks venue.